The Delicate Art of Sleep Deprivation

It's a long story, but life has been interesting.

My writing life is a different story.  (Get it?  Different story?  Eheheheh...uh, yeah.  Never mind.) I have been updating Reflecting the Mirror semi-regularly, however.  If you want a more consistent blog, feel free to drop on over there.  I write about anything from roosters to hand soap to theology.  (My personal favorite is a wistful ramble about afternoons.)

Besides that, the two main writing things I've been working on are tied together.

First, I'm working on Tornado C's world-building.  (Yes, I DID spend three months back in 2012 doing that...but you know how it is.  Writing the novel exposed some holes in my world that need to be filled before I do my revisions.  And also I just love working with story guts and all of the little details that make up a world.  I get knee-deep in history.)  I'd give you a scan of the fruit of my labors (a crisply penciled map) but unfortunately our printer throws fits.  You'll have to wait.

The other thing I'm working on is developing a resource for fantasy writers (and myself) for creating unique cultures.  Of course, since I never do things simply, I'm first creating a whole model of culture that will allow me to predict changes in culture when new factors are introduced.  If the result doesn't flop, it should work very well for creating colorful and unique cultures.

If it does turn out, then maybe I'll share some of it here!  Sound good?

One more thing.  I'm finished with all of my Will Vullerman revisions, so a chance to read the newly revised versions for free is coming up soon.  Keep your potatoes peeled!  (That's the correct phrase, right?)

Till next time, how are your writing endeavors coming along?  Read any good books lately? (I recently read Outcasts by Jill Williamson; before that, I read The Staff and the Sword series, which was the best fantasy series I've read in several years.) 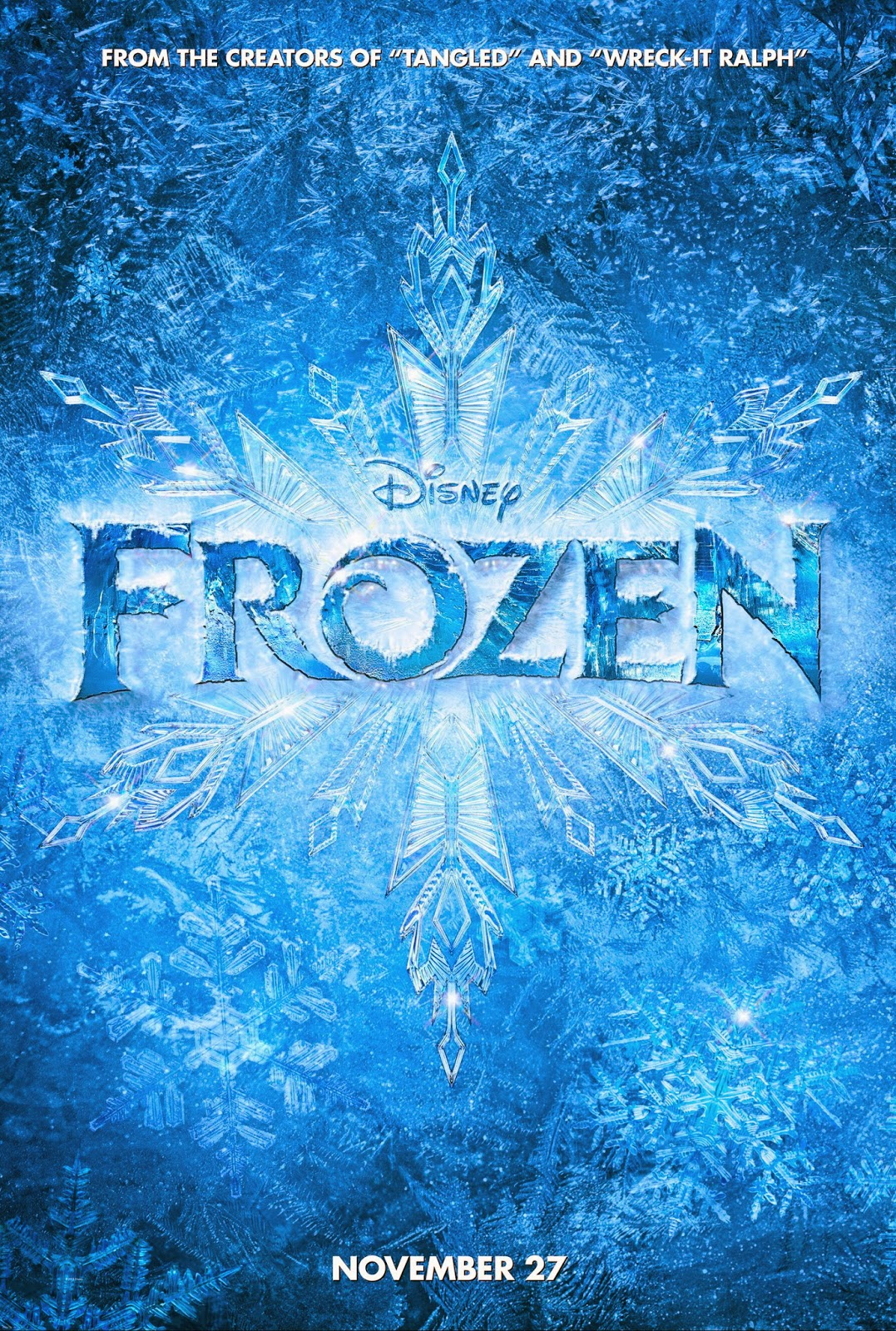 (Disclaimer: in order to give a thorough analysis, this review contains spoilers. Normally I'd keep it spoiler-free, but this review is primarily directed towards people who have already seen Frozen. Also, it's been awhile since I've seen the movie; so forgive me if I get any details wrong.)

When I first saw Frozen, I knew very little about the plot. Three pieces of information had leaked through the social networks: one, that Olaf is apparently a cool name; two, that pretty much everybody loved Frozen; and three, that “Let It Go” was supposed to be the most incredible song in the history of ever.

As a result, I watched Frozen with almost no idea of what was going to happen.

Just like every movie, Frozen had its ups and downs. I'll leave off aesthetic details like animation style and song tunes and focus instead on theme and story.

First, the positives! Frozen marked a departure from some of the typical clichés of the “Disney” genre. The most obvious is that Disney finally refuted the idea that true love can be forged in a day. (For some reason, however, “Love Is An Open Door” remains a popular song, despite the fact that one of the singers ends up being a lying traitor and effectively nullifies the song's message.)

More importantly, the sort of love dealt with in the movie is, for once, not romantic. It is instead the story of sisterly love—a much more powerful and relevant theme in a culture that tends to neglect family relationships.

Other highlights of the movie included humor and originality. In terms of humor, Olaf had the monopoly. He had more good lines than anyone else in the movie, I think; my only disappointment is that he didn't melt at the end. (I'm one of those people who love bittersweet endings – don't hate me.)

One of my friends once told me, “Yeah, humor doesn't really get better as you get older—it just gets more vulgar.” Frozen illustrated this very well, especially when compared to shows for older audiences such as Sherlock. The banter was clean, without losing any of its potency.

Something Frozen also did well was creating a unique concept. I've told many people before, I love Frozen in concept. Elsa's ability and the danger she brings to her family as a result are perfect story-starters. Inadvertently causing everlasting winter but being unable to find a way to reverse it is another concept that is incredible fodder for a good story.

And yes, in terms of story, there was a huge amount of potential. The first ten or fifteen minutes were the best of the movie, as they provided a slew of character development, background, and emotion in a very condensed amount of time. Here is where Elsa received most of her development, and it made her (by far) the best character of the movie.

Here is a good place to transition into the drawbacks of Frozen. Yes, there was a lot of potential—but sadly, a lot of it was unused. The dilemma Elsa had was excellent—whether to maintain contact with her sister and risk hurting her again, or to refuse to see her in order to protect her.

Yet the emotional punch only went as far as twenty minutes. I was under the impression that the use of Elsa's gift could kill Anna, if Anna remembered. (Think Doctor Who and the Doctor-Donna.) When Elsa revealed her gift and nothing happened to Anna, I felt cheated of the story's tension. Before, the cost of revealing her gift was to kill Anna; now it was only the potential of hurting her, which was hardly as potent. Elsa's nobility in hiding herself from the world became, instead of a sacrifice, a self-imposed independence.

Which brings me to my next point: the contradictory nature of “Let It Go” and how it lessened my respect for Elsa. (In clarification: I have no qualms with it, musically.)

My reservations about the song could be summarized in one line: “The cold never bothered me anyway.” If the song had been about letting go of fear and hurt, then perhaps I would have liked it. But the bent of the song was not towards letting go of the negative things that her gift has given her. It was letting go of other people so that she could be by herself with her gift. It represented a rejection of her self-sacrifice, a rejection of her responsibility. (“No right, no wrong, no rules for me,” she says in the song.)

Her solitude became less and less a sacrifice, and more and more an affirmation of “I don't need them. I can be myself here, alone,” which is ultimately a destructive ideal.

That's what it says in the context of the story. But it seems like the writer half-wanted to relate the song to the story, and half-wanted to create a single all by itself. In context it is a negative song—but taken alone, it seems more like a positive cry for independence and the fearless use of her gift, which completely contradicts where Elsa's character is at that point in the movie. (The use of her gift in later scenes is anything but fearless.)

The end of the movie dealt with this fear well, and yet the song is still written and interpreted positively, rather than in the negative context. It's a contradiction that bothered me the whole movie.

This could have been solved fairly easily. If Elsa's choices, motivations, and the prices for her actions had been clearly defined, then there would be no contradiction, and the story would be stronger. Instead her character was static and the potential emotion that comes with self-sacrifice was wasted.

It's not the only contradiction, either. Anna, too, was contradictory at times. While her impulsiveness never changed, the way she related to her sister did. She exhibited bitterness at her sister's isolation, which is the natural, human reaction.

Yet she pursued her sister, sang a duet about not living in isolation—what happened to all those years where she never saw her sister? Did she harbor no lasting character change as a result? Her motivations were vague and confused.

The movie suffered from other issues. There was no real villain character until Anna was betrayed at the end—and from the first time the prince saw her, I knew that he was going to turn traitor. And the conversation that ensued when he did was so rife with clichés and wooden dialogue that it made me wince. Some of the songs also had problems with being bland and overused—and everyone saw that Anna and Christophe were “shipped” by the writers. (That is to say, they would be a couple by the end of the movie.)

Plotwise, the story lacked a satisfying and even arc. The pacing had problems. After the first ten minutes, which were heavy in character development, Elsa's character came to a virtual standstill, and Anna accomplished almost nothing to do with the plot till she got herself stabbed with an icicle.

In summary: Frozen had a lot of potential, and a lot of highlights. The theme was wonderful and sorely needed. But unfortunately, it was tainted by irregular pacing, some generic subplots, and sloppy character development. It was great in concept, poor in execution.

What do you think? What was your opinion on Frozen?