Off Center: When God Meets Marketing 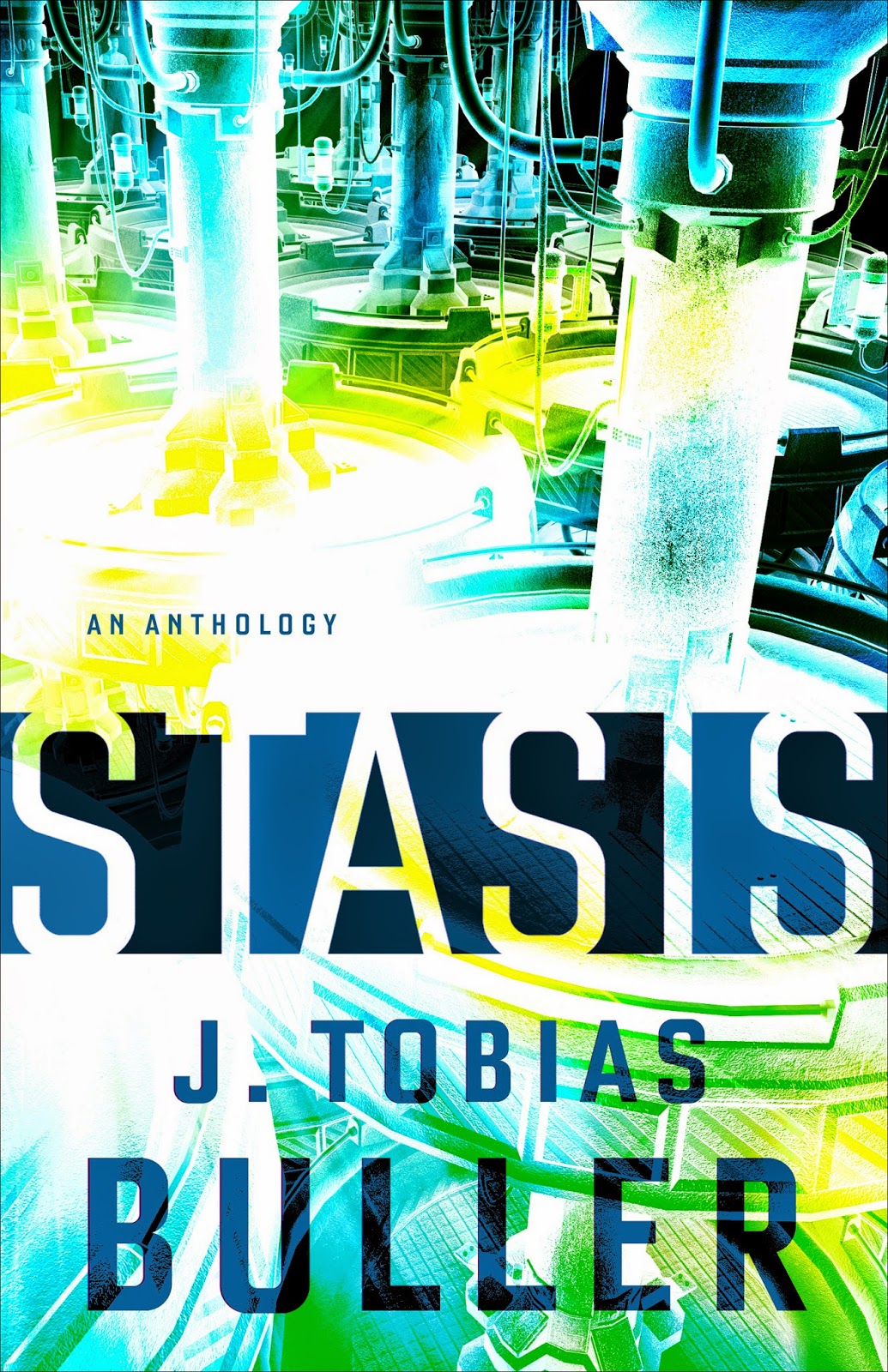 It was over a month ago when I first launched Stasis (popularly stylized STASIS), my first short story anthology and my first Kindle release in two years. I got pretty hyped up about it; hired a professional cover artist and did as much as I could to promote the release.

At first it seemed like things would go well. I had more likes on the Will Vullerman Facebook page than I did for The War Horn, and more followers on my blog. And it was a good thing, too! I needed to make some money, to put it bluntly. Not only did I have college and the surrounding stress looming on next year's horizon, but I wanted to attend a writing workshop this winter, and I had my eye on Stasis for providing the funds.

It didn't happen quite as I wanted it to. While the anthology sold well initially, within a week sales had dropped off to nothing. Compared to The War Horn, Stasis made little more than half in sales, even though I invested twice as much money into the cover art.

It told on the Amazon page, too. It currently has two reviews, compared to The War Horn's eight – four or five of which had been posted in the first month. So I was disappointed, and a little frustrated. What was up? All my logical senses told me that it should have worked better. I had a pretty good platform, I had a great cover; it should have done great. In the back of my head, I had a little inkling of conviction, but I shoved it aside and simply promoted the book more.

Then I read an excellent post by a friend of mine, and that inkling grew into a conviction. My focus was in the wrong place. But it wasn't until I read Phil Vischer's series of articles about the bankruptcy of VeggieTales, nearly ten years ago, that it really clicked.

Vischer explained, front-to-back, what had happened to VeggieTales and how it ended up in bankruptcy. But in the end, he said that it wasn't the lawsuit or the marketers or the bank that had led to this downfall; it was his own ambition, getting him off-center from the real message of his stories. Risky decisions and high budgets were all part of it, but when money rather than faith became the real gamble, VeggieTales crumbled.

And I really connected with that. Not only on the business side, but on the faith side. I had gotten off-center. Stasis had become about making some money, expanding my platform, and hoping that people got to read a story I thought was good.

Not bad things, and they're certainly necessary things for releasing a book. But they had become my main focus, and that was what was wrong. I had separated faith and marketing, making promotion an entirely secular thing. I had replaced the ultimate glory of God with the glory of self, narrowing in on my own petty problems and what I thought would solve them.

The real idea of the thing is letting my story glorify God in its own way, to prayerfully and consciously give it to the world, rather than selling it to the world. What really matters about Stasis is that people enjoy it, process it, find in it little gems of truth and larger echoes of that which is eternal. Money is a secondary thing.

Keep this as a reminder, both for you and for me; let it keep us on the straight and narrow. I love the writing process, and I revel in the joy I get from drawing a story, coloring in the characters and plots as richly as I can. I've learned how to keep first things first during the writing process. But all of the dazzling bewilderment of numbers and charts and profits threw my direction off, at first by just a decimal. But every rift grows over time.

Am I still going to market Stasis? Sure. I'm even planning a promotional giveaway, and I've already acquired one of the books necessary. But that's not my focus. Focusing on marketing makes you stale, like a house shut up for too long, and long strings of numbers make you too impersonal. My focus is to let people enjoy...not to push or harass them into clicking the “Buy” button, but by honestly putting my work before them as it is, with as much warmth and humanity as I can muster.

Let's keep each other focused on the Center. That's where the real glory's at, after all.

I'm sorry it didn't do better - it's a really great collection. But I'm glad that things weren't all for nothing :b

That's a great lesson for anyone to learn. And who knows, maybe the sales will pick up:)