Yes, classics CAN be good reads. I've ready plenty of them, and most of them were really interesting. Go ahead. Read some classics. Here are some good ones; 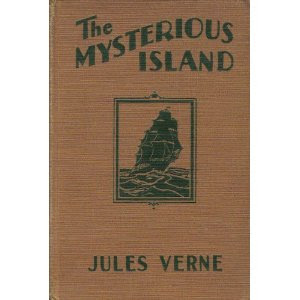 Here is the enthralling tale of five men and a dog who land in a balloon on a faraway, fantastic island of bewildering goings-on and their struggle to survive as they uncover the island’s secret.
(Book description taken from Amazon.com)
This is personally my favorite Jules Verne book of all time. Mystery, survival, and a volcano eruption thrown in for spice = A good book. The Mysterious Island satisfies the action reader; this book is complete with gunfights and pirates- and the mystery reader; who IS the mysterious being on the island?
Athough most people don't know it, this is the sequel to the well-known novel by Jules Verne; Twenty Thousand Leagues Under the Sea. It may be over 700 pages, but it's well worth it. I recommend this book 8 out of 10. 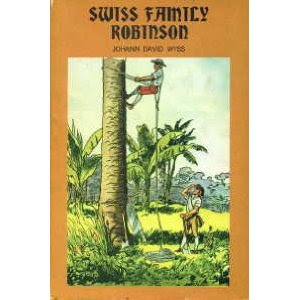 A shipwreck; a deserted island; a single family, wondering if they can survive. Rich in suspense and surprises, Swiss Family Robinson entices young readers to come along on a wonderful adventure, where each moment brings a new thrill. Featuring amazingly resourceful characters and a wondrous landscape bursting with exotic wildlife and plants, it’s an irresistible tale of ingenuity.
(Book description taken from Amazon.com)

This is probably tied for first for my favorite survival books.
It's based after Robinson Crusoe, but it expanded beyond Robinson Crusoe and became a classic itself. Terrible storms, monkey raids (no, really!), and a tamed buffalo: it's all in this book. Swiss Family Robinson is an exciting book of ingenuity, resourcefulness, and survival. It's a great book for all ages. Recommended 8 out of 10. 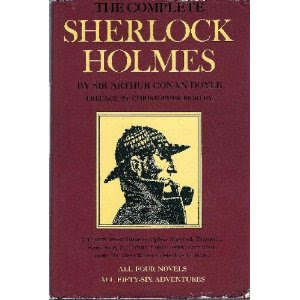 Join the infamous Sherlock Holmes as he solves baffling mysteries with Dr. Watson by his side. From A Study in Scarlet, to His Last Bow, these are the most beloved mysteries of all time.
Sherlock Holmes.
Yeah, really. The adventures are actually really good, and Holmes is awesome. The more scary adventures send shivers up my spine, and Sir Arthur Conan Doyle pulls off every mystery masterfully.
Sherlock Holmes is probably one of the most recognized figures in literature, and it's for a good reason.
Arthur Conan Doyle's books are historical landmarks for mysteries, and every single story is an adventure from front to back. Also recommended 8 out of 10.